The most common question I get asked is, “What’s your favorite place you’ve gone to?”

My answer to that is, “I don’t have a favorite.”

Seriously, that is a difficult question to answer. Each city, town, region, and country I’ve gone to are all so different and amazing in their own way. It would be like asking, “Who is more talented? A painter or a musician?”

An easier way of answering this question is listing my personal top 5 bucket list items that I always wanted to do and never in a million years thought I would ever experience. Please do note that this was my bucket list ranking before I checked them off, so it doesn’t necessarily mean they are my favorite experiences, because like I said, it’s difficult to choose! Here are the must-do experiences that inspired me to pack up my bags and go!

#5 Launch a Sky Lantern at a Lantern Festival 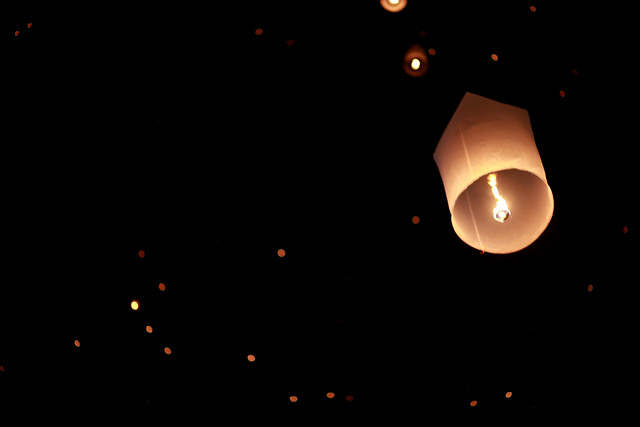 I got to do this at Yi Peng and Loi Krathong Festival in Chiang Mai, Thailand, which usually takes place in November. The date is different every year because it’s follows the Thai calendar, which may make it hard to plan ahead. I got lucky and was in Southeast Asia around that time of the festivals, so I made it a mission to go! Thank you to that random guy who saw me watching the lanterns in awe. Our eyes briefly met when a lantern flew up. Moments later, he tapped my shoulder, I turned around, he was holding a lantern and asked if I wanted to launch one together. Straight out of a movie scene haha! Felt like I was Rapunzel in that lantern scene in Tangled! Minus the romance 😛 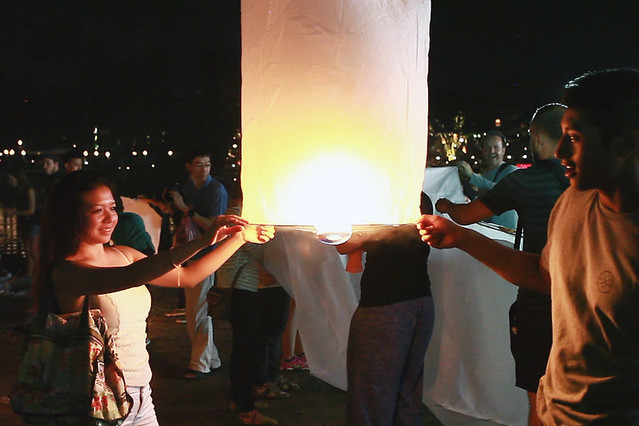 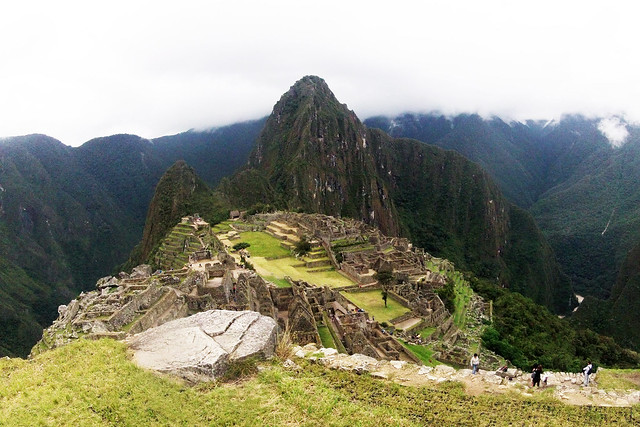 This was my second solo trip ever. I watched too much Ancient Aliens one time and couldn’t stop thinking about Peru, so I impulsively bought a plane ticket and left the very next week. The only thing I packed was that backpack in the picture below haha travel light!! I never thought I’d ever get to see this in person. I still remember the very moment I saw my first tiny glimpse of Machu Picchu behind all the towering trees while going up the mountain. Everything just stopped and the world fell silent around me. I even held my breath. My heart was racing! I was so nervous! It didn’t hit me until that moment: It’s real and not some magical place on the internet. I never thought I’d ever see Machu Picchu in person and here I am! Thank you to the park ranger who came to show me the best spot for photos! And for taking this picture for me. 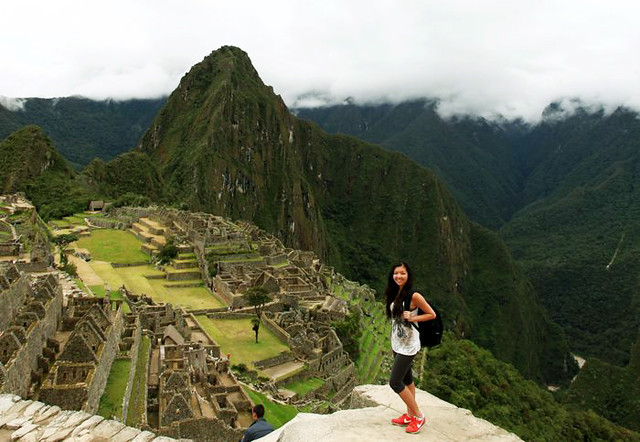 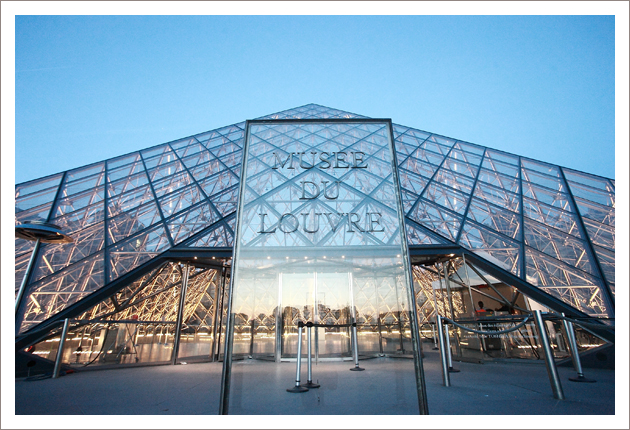 Yes I know, I know… When you think of Paris, you think of the Eiffel Tower. Heck, if you think of traveling, the Eiffel Tower is THE iconic landmark people think of! Most people would put the Eiffel Tower as the must see landmark in Paris, but for me, it was The Louvre. I learned all about this place in school and saw the famous works of art in textbooks. It was always this faraway place I never thought I’d ever see and it was surreal to walk through the many endless wings of the museum and seeing the famous works of art right in front of me instead of in a book. Do you know how crazy it is to go from textbook pictures to seeing the real deal with your very own eyes?! Even the architecture itself is art – it’s so grand! It’s also home to the most famous work of art in the world: Mona Lisa. Plus I’m an artist, so this was like the ultimate pilgrimage! 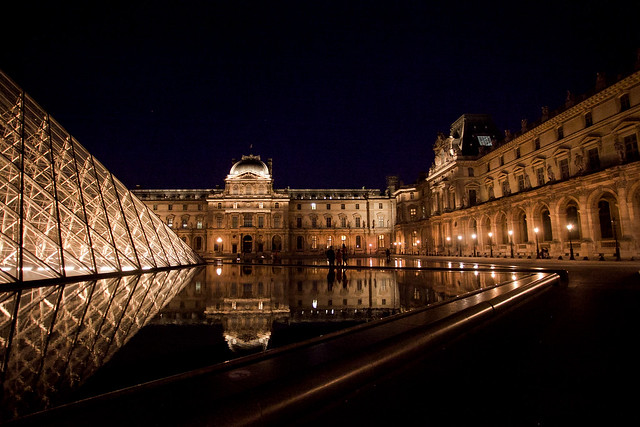 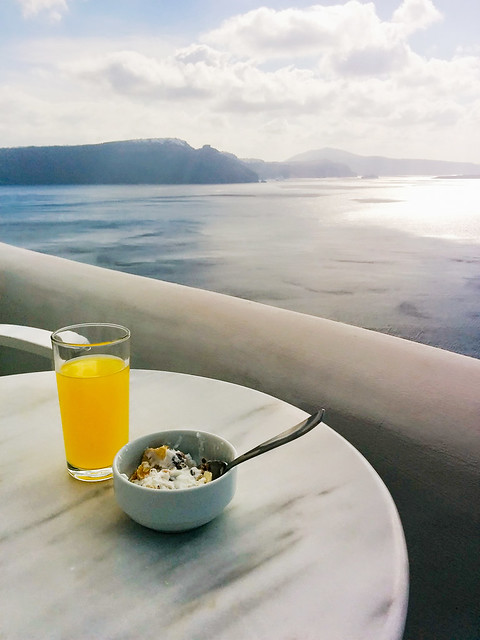 I never thought I’d ever go to Santorini since it’s so expensive and FAR, but I got to go multiple times! Lucky me! 😀 On my first trip to Santorini in 2014, I stayed at a hostel at a small town right outside of the capitol, Fira. That iconic view of Santorini in all of the postcards are of a town called Oia, which is the most expensive part of the island. To get to Oia, I had to walk to Fira and catch the bus from there. I still remember the first time I saw a glimpse of the iconic white buildings with the blue domes. I was sitting on the left side of the bus, looking out the window. The bus passed through several towns and bumpy dirt roads and I wasn’t sure where to get off… but then I saw it. As the bus kept driving by, I saw one white building after another. And another. And another. Then there was the splash of blue. My heart was racing because I couldn’t believe I was there! I watched what felt like slow motion as one white building after another passed by… BUT I woke up too late to have breakfast and it was my last day on the island…

I went back to Santorini again in 2015 where I accidentally got to check this off my bucket list. I got lucky with this one! 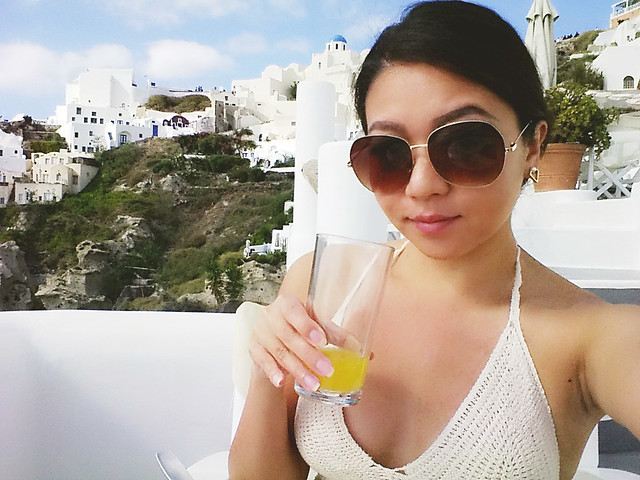 So this is it! Seeing the hot air balloons during sunrise in Cappadocia was #1 on my bucket list! The landscape here is surreal. Have you ever seen anything like it? Just look at that! I was completely obsessed with this but I was too afraid of going by myself since I’m American and we get told all sorts of crazy things about the Middle East. Although I was nervous, my desire to see this magical region was stronger than my fear of an unknown culture we were raised to fear, so I took that chance. I headed to central Turkey by myself, where I was greeted with warmth. I’m assuming not many Americans visited back then because locals asked to have their picture taken with me haha!

How do I even describe the day of my hot air balloon ride? I can’t! The anticipation I was feeling… and also how sleepy I was. I had to wake up at 4:30am! For those that don’t know, I am not a morning person. It was horrible but I had to do it. It was also my first time ever riding a hot air balloon, so add the nervousness on top of everything else too. What if it doesn’t leave the ground? What if it crashes?! A million what-ifs ran through my head as we were preparing to take flight… But oh my gosh. The moment we lifted off the ground – all my nerves were lifted away at the same time. Here I was, floating over what looked like a dream world. I really wish I had taken more pictures but I was too into the moment. I had to take it all in because this was the moment I was dreaming of and I was finally here. 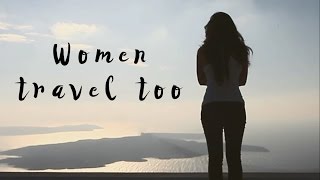